This is MY BLOG where you can view the galleries, leave comments and contact me.  Click on a image to go to each gallery.  The chronological order of posts is reversed for viewing in the order that I felt best illustrate my images and intent.  My intent is to show through my photographs, my impressions, experiences and feelings of how it felt to me during my travels to Cuba from 1995-2005.

Around year 2000 I began to use black and white and color in both film and digital media to show the increased clarity of life and the noticeable positive changes I was feeling that were beginning evolve in Havana.

The first post and gallery is from my first travels to Havana, Cuba and my depiction of what and how I felt and responded to what I saw.  I used film and toned the black and white prints then copied them into the computer.  The copy process adds a slightly blurred effect to create the layers and depth that I felt I was experiencing. 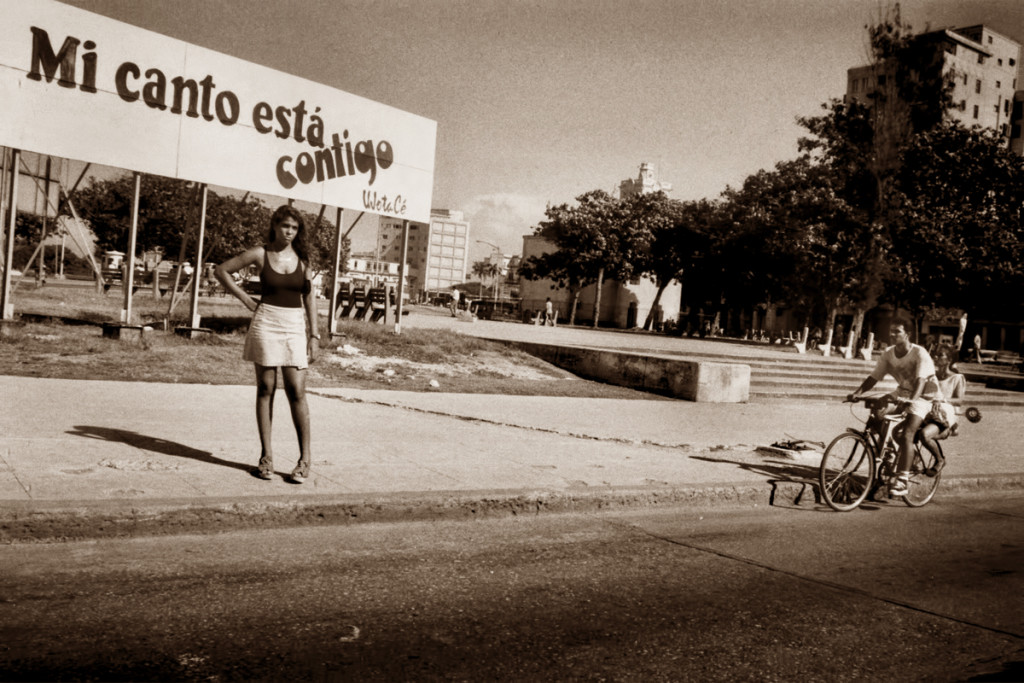 This is a photographic journey of life through the back streets and barrios of Havana, Cuba…where tourists seldom go.  Havana was designed for 1 ½ million people but in 1995 it had a population of 3 million which makes the stress of an economic torn city even more difficult to endure. These are the images that are embedded in my emotions and mind as photographed from 1995-2000 in Havana,  It was emerging from a “special period” which was an extended period of economic crisis that began around 1991 after the dissolution of the Soviet Union which at the time supported the economy of Cuba.  This economic depression of the “special period” changed the lifestyle of the Cuban people more than they would ever imagine.  It included a rationing of food resulting in a much less healthy diet and items like milk, toilet paper and gasoline were difficult if not impossible to get.

This began for me an eye opening and heart wrenching journey through the many overcrowded neighborhoods and barrios of Havana, Cuba.  This was the start of a relationship with the people I met in and around Havana which was an unforgettable experience that changed my life forever.  To best describe the feelings I experienced, I photographed in film and toned the black and white prints. The images will be familiar to some of you, bringing up nostalgic feelings of good times and also let’s say feelings of not so good times.  For others this will be a glimpse into a world that on the surface seems so unreal to those who visit there. 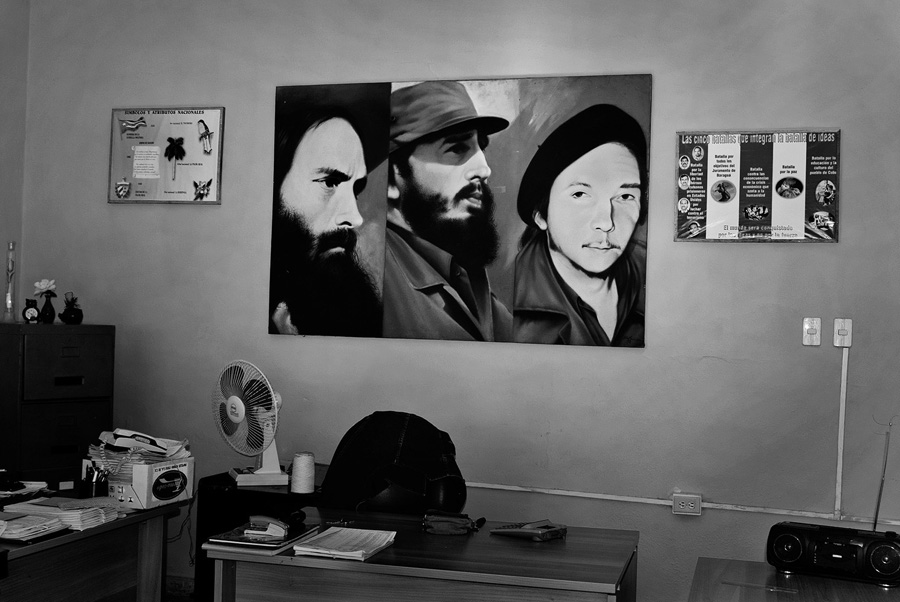 These finer grained and less contrast  were photographed at a later time during “the special period” 2000-2005 and show the transition from the earlier gritty, bleak, and heartfelt images of “My song is with you” gallery.  At this time life in Havana seemed less harsh and a sense of optimism was starting to shine through even though day to day life is still very difficult and getting food is the daily goal…but it is the beginning of change. 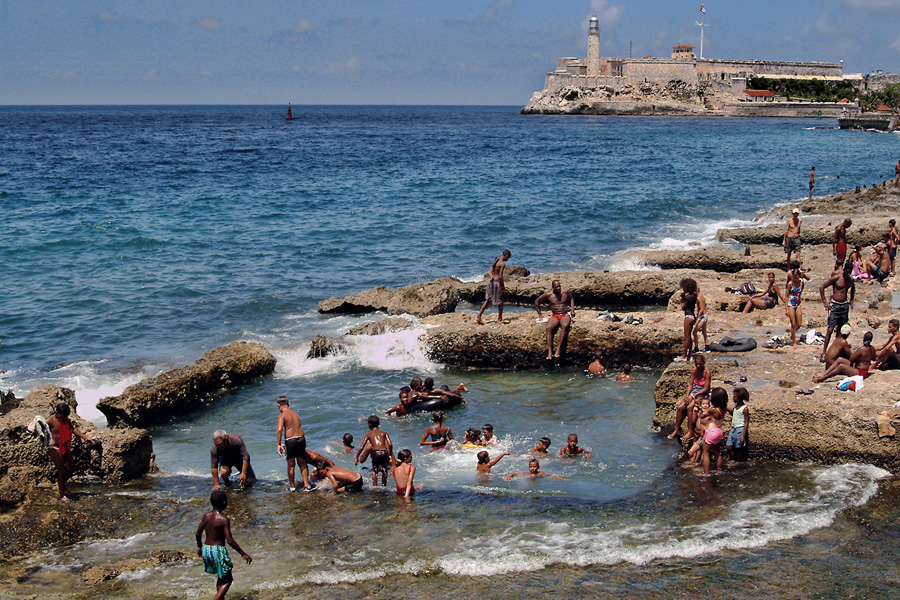 The life blood and soul of Havana are her people.  The The neighborhoods are lively and active…children are playful and happy… the elderly are loved and cared for by all.  Everywhere that I walked, I saw and felt the hardship the Cuban people experienced.  At the same time I felt the beauty, the passion and a calm sense of confidence that everything will be ok.  As a result of their perseverance and Orgullo (Cuban Pride), a sense of dignity and hope remains within the Cuban people in spite of what unknowns may be around the corner.

This gallery and the following gallery are very different from the previous as these are bright with saturated colors… not because this is a story of poverty in a colorful third world country or the results of a snap shot approach, but to use color as a beautiful emotional metaphor to complement the narrative of each image.   These are memories from the heart. 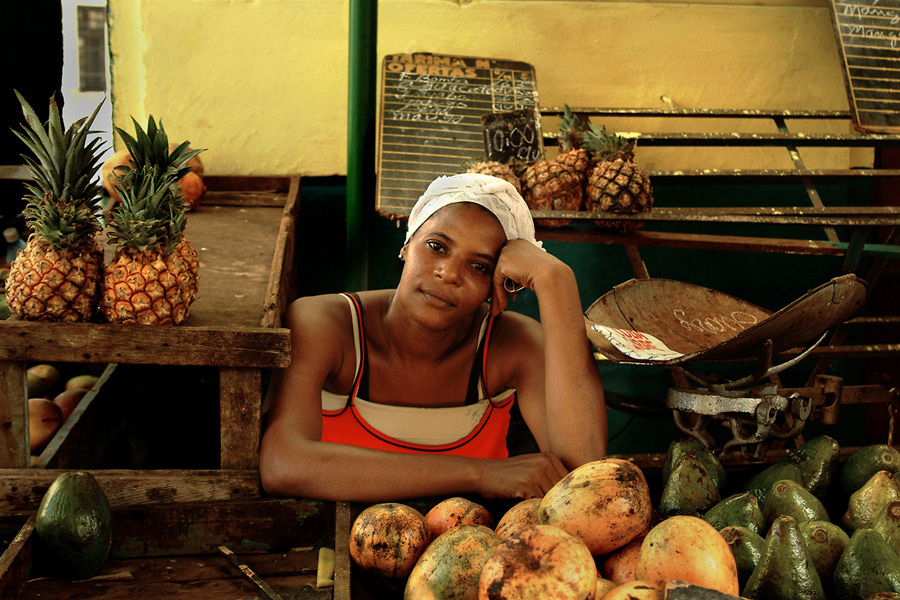 This gallery is the most relevant to me as it shows the people of Havana in an honest and unpretentious form without theatrics.  The interaction between myself and the friends I made in Havana involved a relationship with that person…whether it lasted a fraction of a second, days, weeks or years that required connection was made.

On the surface, the final choices of who to include may seem simple but, to show the compassion, beauty and dignity of the Cuban people without exposing the confidences we formed was a difficult process to complete.

With all their hardships, optimism and solidarity for a free Cuba…the people of Havana still have a positive feeling  for an uncertain future while waiting for their story to be played out.